Huawei recently reported that it is planning to enter the smart TV market. The company’s TV models will integrate gaming platforms via cloud computing as well as a smart home control center.

Huawei is currently the world’s second largest smartphone manufacturer. However, unlike competitors that use other Android platforms such as Samsung or Xiaomi, the company has not entered the Smart TV market. According to Gizmochina, CEO of a component supply chain has confirmed that Huawei will launch its first TV product next month.

In order to increase competitiveness when only being a newbie in this field, Huawei will make a difference to the product by integrating a new gaming platform and smart home. In particular, the top game applications will be played on TV via cloud computing. Users can also use the TV as a smart home control center. 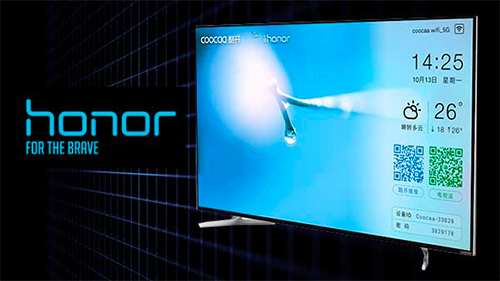 Huawei will use the screen from two longtime component partners, BOE and China Star Optoelectronics. Initially, the product will have a low price and two screen sizes of 55 and 65 inches. TV models can be called Huawei AI Windows.

Besides, the name “Huawei AI Window” also shows that Huawei’s upcoming TVs will be equipped with AI technology. On the software side, it is not clear whether these smart TVs will run Android or Huawei’s own operating system.

Other sources, like Gizbot, believe that Huawei is considering producing TVs under the brand name Honor.